Since Marcon's first tug sale in 1985, we have sold or chartered 382 tugs totaling over 1,245,572HP, out of a total of 1,535 vessels and barges sold or chartered. Separate lists of tug supply boats and pushboats are available.

Marcon sold on a private and confidential basis a 3,900BHP twin screw tug between U.S. parties. The vessel has been refitted and is already at work for its new owners. 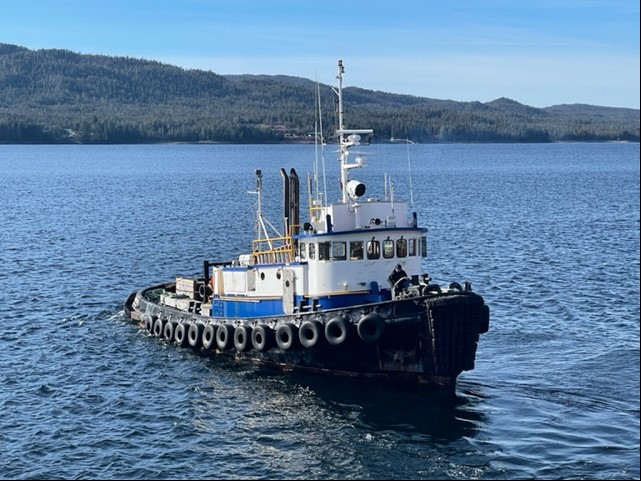 Marcon International, Inc. is pleased to announce the sale of a U.S. flag 1,300BHP twin screw tug between private buyer and seller. Marcon acted as sole broker in the transaction.

Marcon is pleased to announce the sale of the U.S. flag, 3,000BHP twin screw tug "Kimberly C." from Curtin Maritime Corp. of Long Beach, CA (www.curtinmaritime.com). The tug was sold in February 2022 to its new Owners on private terms. The tug was built in 1978 at McDermott Shipyards in Amelia, LA as the "Robin XIV" (Hull No. 240) for the Robin International Towing Co., of Harvey, LA. Over the years she has seen continued employment under numerous Owners and names, and is well known in the USA on all coasts. She was sold by Robin International to Sea Containers, Inc. in 1985 and worked for a short stint as the "Seaco Intrepid" until she was sold to Bay Transportation Company of Tampa, FL. That company was acquired by Hvide Marine, Inc. (Seabulk International, Inc.) in 1988 when, following the acquisition, the tug was renamed "Intrepid". In 1990, the tug was again renamed, now to "Broward", under which she worked another six years or so until she was sold to Sea Coast Towing in Seattle, WA, who then renamed her as "Paragon". In 2007 Sea Coast Towing was acquired by K-Sea Transportation, LLC, which in turn was acquired in 2012 by Kirby Offshore Marine, LLC. In May 2018, Marcon brokered the sale of the "Paragon" to Curtin Maritime Corp. The tug was given Curtin Maritime's company colors and refit / upgraded with a new interior, put through the USCG COI process and traded successfully as the "Kimberly C.", until she was sold again via Marcon to her new Owners in Q1 2022. The "Kimberly C." is known throughout the market as a ânice riding tug' and a workhorse for all that have owned and operated her. We wish the new Owner all the best, with fair winds and following seas, in her continuing and storied service.

The tug's dimensions are 105' LOA x 32.0' beam x 15.3' depth with about 13.7' loaded draft. She is powered by a pair of EMD12-645E2s for 3,000BHP @ 900RPM driving a pair of 108" x 74.5" fixed pitch 4-bladed stainless steel propellers through Lufkin RHS 2120 3.973:1 reduction gears on 9.25" diameter shafts. She is open wheel and packs about 65,000g of fuel and 4,700g of water for a crew with berthing for about nine persons. The "Kimberly C.'s" business end sports an Intercon Double Drum DD-200 towing winch with a wire capacity of 2,200' x 2" on the one drum (with level wind) plus typically working with a synthetic line on the other drum. She also has a Nordic hydraulic double towing pin platform and stern roller aft. She has USCG COI SubChapter M certification and an ABS Loadline. Marcon is pleased to announce the sale of the small line handling tug "Aoli" between Caribbean parties. Built in 2005 at Master Marine in Alabama, the tug measures 40ft x 16ft and is powered by twin John Deere main engines creating around 685BHP. The vessel was stored ashore for the past 18 months but will be reactivated, reflagged and relocated to start operations for its new owners. Marcon was the sole broker in the transaction.

Marcon is pleased to announce the sale of a 3,000BHP twin screw tug between private interests. The tug will remain based in the Caribbean. Marcon acted as the sole broker in the transaction.