We are pleased to report the following OSV sales and charters. Since Marcon's first sale in 1983, we have sold or chartered a total of 1,539 vessels and barges including 165 supply boats & AHTS, 20 utility boats, 111 crew/pilot boats, 19 seismic boats, 34 research/survey vessels, 9 dive support vessels and one drill ship.


In June, Marcon closed on a private and confidential sale of an offshore support vessel. 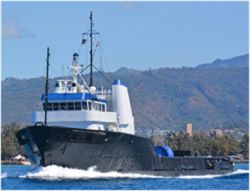 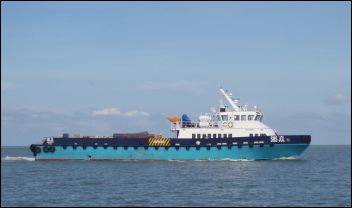 Marcon International is pleased to announce the sale of the "SMS Jol", a fast supply utility vessel, from Singapore owners to West African buyers. The vessel was built at SAM Aluminum Engineering Pte in Singapore in 2006; it measures 132ft LOA x 25ft beam x 11ft depth x 4ft loaded draft. The vessel is powered by three CAT C32 main engines putting out 4,200BHP at 2,300RPM and driving three five-blade fixed pitch propellers. In its current configuration, the "SMS Jol" is capable of loading 49 passengers and carrying 130mt of deck cargo on its 128m2 clear deck. The vessel can reach speeds of 17-21 knots. Classed with ABS, the transaction required the renewal of its Class certification. The vessel will now sail from the Caribbean to West Africa to begin new operations. Marcon was the sole broker in the transaction. 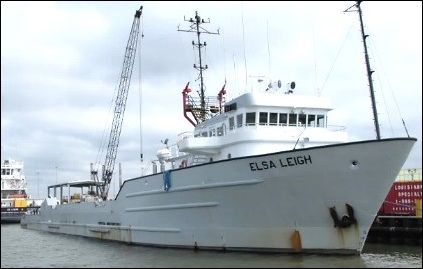 The sale of the 254' x 44' x 16' U.S. flag, platform supply vessel "Elsa Leigh", broke the 1,500 mark for the number of vessel & barges sold or chartered since Marcon opened in 1981. This was the second time during its life that Marcon has sold this vessel. "Elsa Leigh" was originally built in 1983 by Moss Point Marine, Escatawpa, MS as the "Nicor Clipper" for Nicor Marine, Inc. of New Orleans, LA to expand their 37 vessel OSV fleet. At that time, according to then Moss Point Marine president John Dane III, its astounding 254' in length was believed to be the largest offshore workboat vessel ever built in the United States. In addition to her below deck supply vessel mud storage capabilities, the vessel had unique above deck characteristics too - primarily in the form of a special stern ramp constructed by the Moss Point Marine work crews allowing cargo containers to roll on and off her 170' x 35' clear deck for carrying freight. The tug/supply/container deck vessel actually began life as a more conventionally sized 214-foot vessel. After construction began though, Nicor requested that modifications be made to extend the deck area an extra 40 feet. In 1989, Nicor Marine was bought out by Seacor, the vessel renamed "Seacor Clipper" and put for a time on a Military Sealift Command contract out of Florida. In January 2002, "Seacor Clipper" was laid up in Louisiana and sold by Marcon eight months later to Aries Marine Corp. of Louisiana. She was renamed "Elsa Leigh" after one of the Owner's daughters who was 4 years old at the time. By 2002, this was the fourth vessel Marcon had sold to Aries Marine and the fifth vessel sold from Seacor. "Elsa Leigh" went through an extensive renovation at Bollinger's Morgan City shipyard. Much work involved mechanical systems in the hull and replacement of about 30% of the boat's steel, coating tanks and bringing the vessel up to ABS DPS 1, FiFi1 and GMDSS Area 3 certification. Her two main EMD 16-645E engines were removed and rebuilt by NREC in Houma, LA, who boosted their power and the boat's old reverse/reduction gears were replaced with re-conditioned Falk gears. Two new 11,000gpm fire monitors were added and the stern was adapted to accommodate a 600HP Schottel skeg thruster with a DP-1 positioning system controlling the bow & stern thrusters. Two Cummins diesels were added to power the new mud pumps and drive Quincy air compressors handling the dry bulk. Four new 80 PSI dry bulk tanks were also installed, giving the vessel 6,000 cubic foot capacity, and six ballast tanks converted to hold liquid mud. Unfortunately, once again the offshore market took another fall and "Elsa Leigh" was laid up in 2015. New owners are planning to take the vessel out of the offshore petroleum market and trade her as a container feeder vessel in the Caribbean.

Coastal Crewboats of Rockport, Texas has sold their 42.0' x 12.0' x 4.9' depth, aluminum, "vee" hull crewboat "Janie" to South American interests. The 14 passenger boat was built by Lafco of Lafayette, Louisiana in 1981 and powered by twin 230HP GM6-71s with Twin Disc gears giving the vessel a speed of 20kn. Vessel is capable of carrying 650lbs cargo on a 14' x 9' clear deck aft. Marcon acted as sole broker in the transaction. This is the second vessel was sold to the buyers over the last six months.