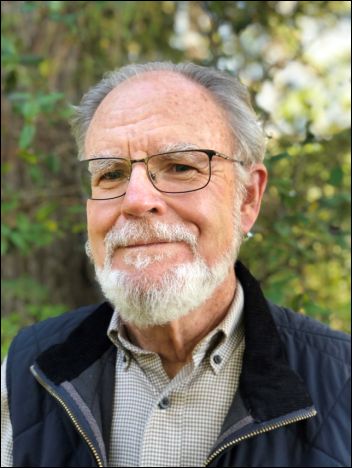 After founding Marcon International, Inc. in 1981, and recording its first sale in 1983, its president Robert Beegle retired effective Oct. 1, 2020. Ownership and management of the company was taken over by the employees at Marcon. John Braden, appointed its new president, said "Mr. Beegle's input and tutelage have been instrumental in the creation and maintenance of the company over the years. It's our hope that we can continue to provide Marcon's clients with the same level of service that the company was known for throughout the maritime community world-wide". John Braden, Martin Coombe and Brian Peterson will continue as brokers, while also serving as president and board members, respectively. Patricia Hernandez, formerly business manager, was appointed vice president, treasurer, COO and corporate secretary.

Mr. Beegle has always been linked to the boating world since he was a young man in California. He was a member of the Sea Scouts as a very young lad, and that gave him an early taste of the sea. "I sailed to the Caribbean on a 50' schooner when I was 17, and spent a year chartering in the Virgin Islands". This was the mid-60s and the era of the Vietnam War. Mr. Beegle joined the US Navy, and true to the nature of military service, "the ship sailed for Vietnam less than a month after I came aboard." After six years â most of which was spent as a sonar man, Mr. Beegle was honorably discharged from the US Navy and went on to study for, and received his U.S. Coast Guard license as a commercial mariner, which is still current. "I started sailing first on tugs and research vessels as mate, and then on to oil rig supply boats overseas as Captain". He recalls many times when he was the only American on board. "My first boat as Captain was a 165 foot supply vessel out of Sicily supplying rigs off of Libya". This was also the first time he had worked the 'oil patch'. "After showing up on the dock without my luggage, which was somewhere between Scotland and Italy, I heard a voice driving away in a Volkswagen bug shouting 'You're loading now and departing in two hours. Good Luck.'" It turns out this voice from the bus was the Skipper whom Bob was relieving as he was trying to catch his flight out making this the first of many 'pier-head jumps'. "It was only then that I found that my Yugoslav crew on board did not, or at least declined, to speak English". He recalls them as a good crew, however, and "they definitely knew what they were doing and had been together and on the same boat for several years". A year later the vessel brought Mr. Beegle and his crew together again as they sailed back to the United States. "I had the great pleasure of sailing with them from Sicily to New Orleans. They admitted that they did know more English than that originally let on, and they enjoyed my attempts to relay some of my long-forgotten, half-learnt Russian to Yugoslav."

Over the years Mr. Beegle sailed as master or mate on about 15 - 16 boats and learned that good people were the most important asset in any crew or business. "I would have to say that the Yugoslav crews I had were some of the best that I have ever sailed with. They worked hard and they played hard, but got the job done."

Eventually, after getting married and deciding to settle down with a shore side position, Mr. Beegle started Marcon International, Inc. "I started Marcon International, Inc. not because of any interest in being an entrepreneur, but out of necessity. After sailing for 10 years and being gone from home 6 - 9 months out of the year, it was time to come ashore. The only problem was that there were no jobs. I sent out over 600 resumes up and down the West Coast looking for openings as a port captain, surveyor or whatever and ended up with only a couple of interviews. After working with a ship agent in San Diego for a couple of months trying to set up a brokerage for him, I decided to take the risk and start my own business."

Throughout its 39 years in business, there have been plenty of ups and downs, Mr. Beegle was steadfast at the helm of the company. Of course, he is staying busy, as we would all expect, and is currently working on several books. An avid photographer, he is writing brief histories of both the East Coast of Greenland and Kashgar in Western China which will incorporate his photographs taken in the regions during recent trips. Following in his grandfather's footsteps, a professional photographer in the early 1900s â he is also working on a book on "Old Shanghai", which will mostly consist of his grandfather's photographs taken in the 1930s. Mr. Beegle is also drafting up a book along the lines of "Sea Stories, Yarns & Fairy Tales" incorporating many sea stories about vessels he has sailed on over the years, as well as their crews' efforts and antics. Mr. Beegle plans to continue his work with his photography and take a full-time position as grandfather (with another young Beegle on the way).

All the brokers and staff here at Marcon would like to wish him fair winds and following seas in his future endeavors, and truly thank him for his years of service as the driving force behind Marcon. Huzzah Captain Beegle!!