Marcon International is pleased to report 39 sales and two long-distance tows fixed this year. Several additional sales are pending. A 5,000HP ASD tug has been extended on a previously arranged long-term charter.

A 4,400BHP, U.S. flag, ASD tug was sold on a private & confidential basis. The 1990s built tug is powered by two CAT 3516Bs developing a bollard pull of abt. 59ST. Marcon acted as sole broker and has handled numerous previous purchases for the buyer. 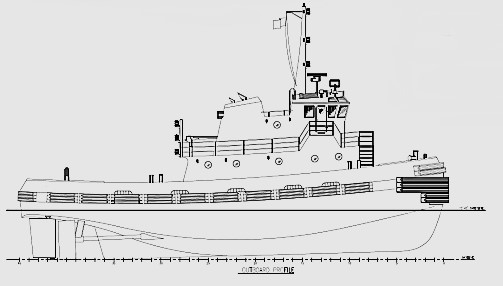 Marcon International, Inc. is pleased to announce the sale of the 2,000BHP, U.S. flag, twin screw, line-haul tug "Mount Bona" (ex- Crosby Resolve) to private interests from a major operator for whom Marcon has completed multiple sales over the past years. The ABS Loadline certified tug was designed by Entech & Associates and built in 1998 by R&S Fabrication of Larose, Louisiana as the "Thad A" (Hull 030) - ordered and delivered at a time when very few twin screw, conventional tugs were being built in the U.S. After working for several different operators in the U.S. Gulf region, the tug was extensively upgraded, ending up in the Pacific Northwest where was placed into service towing in Puget Sound. The 90' x 32' x 13.5' depth tug has a loaded draft of 12.5', and is powered by twin CAT3508Bs driving 87" x 91" fixed pitch propellers in kort nozzles through Reintjes WAF 571 7.09:1 gears. Tankage is provided for 53,000g fuel, 1,350g lube oil and 10,000g fresh water. Towing gear consists of an 80 ton line-pull, CAT 3304 powered Markey TDSD 24 side-by-side winch with a level wind and capacity for 2,200' and 1,800' 1.75" diameter wires, hydraulic towing pin station and stern roller. Ship's power is a pair of 50kW / CAT 3304B gensets. Accommodations are provided for a crew of 7 persons in 4 cabins. Marcon acted as sole broker. This is the 19th tug Marcon sold in 2018. 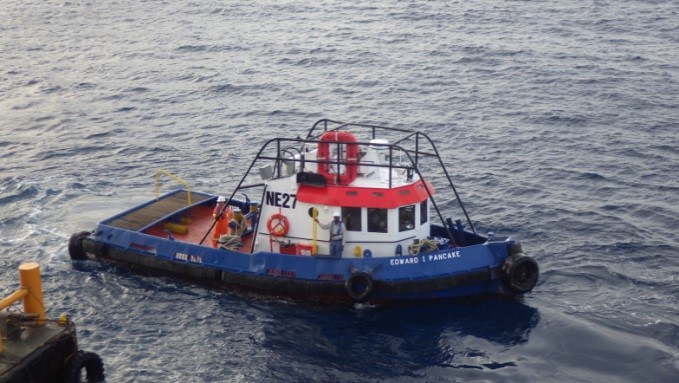 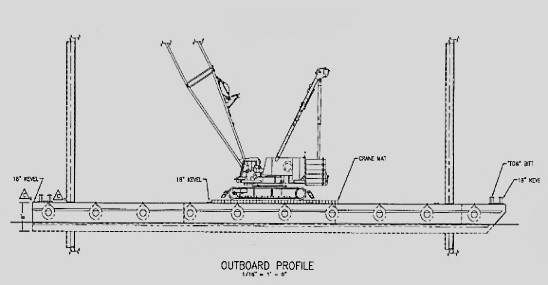 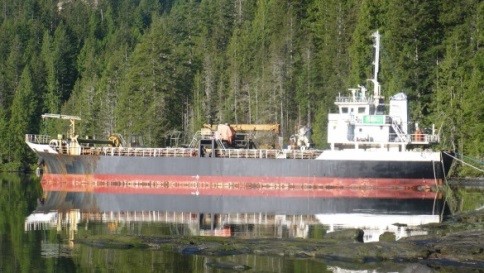