Of the 13,480 vessels and 3,704 barges Marcon tracked as of mid-March 2022, 2,995 are supply and tug supply boats, with 304 officially on the market for sale. 66.12% of foreign and 76.86% of U.S. flag supply / tug supply boats Marcon has officially listed for sale are directly from Owners. In addition to those for sale, Marcon has 103 straight supply and tug supply vessels listed for charter worldwide, but there are many more in today's market idle and hungry for employment. 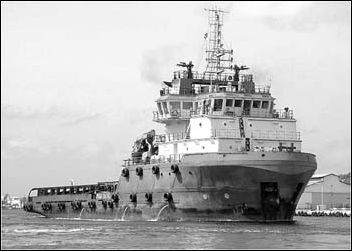 Tug supply boats officially on the market for sale in total is 158, 12 more than one year ago, March 2020 and 17 more than five years ago, February 2016. Composition in the last year has changed with the biggest shifts being 17 more 12,000-plus HP, three more 8-9,000HP, three more 9-10,000HP and three fewer 7-8,000HP AHTSs offered. In today's market many additional vessels, probably equal to or greater than the number "officially" listed can be developed on a private & confidential basis - just a phone call or e-mail away. In general, serious buyers can pick up relatively newer vessels now than in the past. February 2016, the average age of all AHTSs for sale was 17 years old, where U.S.-flag vessels averaged 29 years and foreign-flag AHTSs averaged 17 year. Today, the average age is 15 years old, with U.S.-flag AHTSs averaging 25 years and foreign-flag averaging 14 years old. At the time of this report, 41 tug supply boats officially for sale were either built within the last 10 years or are newbuilding re-sales. Only 10.13% of tug supply boats are 25 years of age. One 5,150BHP and one 12,240BHP newbuilding AHTS resales were scheduled for delivery in 2020. Five years ago, 32.62% of AHTSs for sale were at least 25 years old; one year ago, 12.33% were at least 25 years old; both more than today's 10.13%, reflecting the purging of older units from the fleets over the past five years. At March 2021, the oldest AHTS available from Marcon was built in 1971. 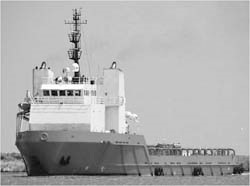 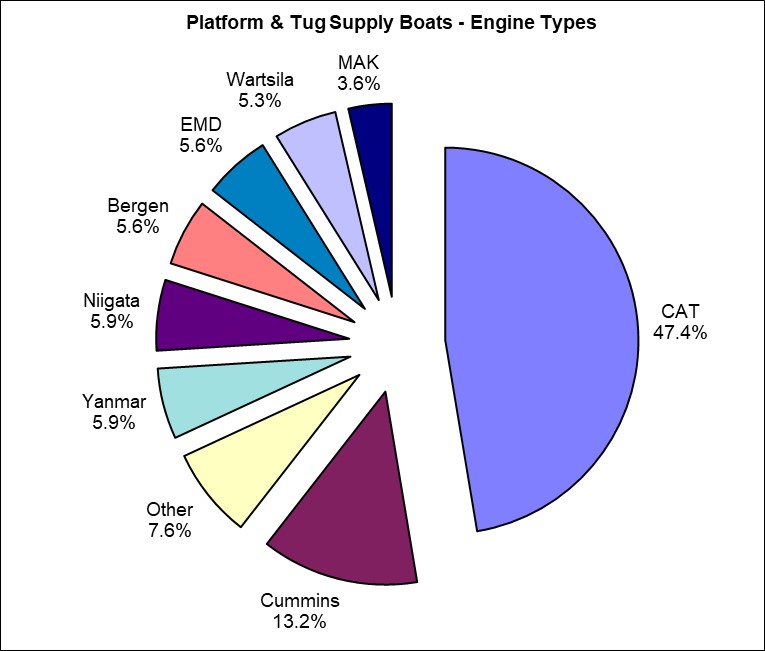 March 2022's number of crew boats officially on the market for sale by Marcon at 225 is down 12 from one year ago in March 2021 and up five from five years ago in February 2017. Over the last year, composition of LOA ranges has changed with the biggest shifts being seven fewer 40'-50' LOA, five fewer 30'-40' and three more 50'-60' LOA crew boats offered. As of this report, 23.56% of the crew boats available are less than 10 years old, down from the 25.32% reported one year ago and from the 32.73% reported five years ago. Conversely, 31.11% today compared to 30.38% last year and 29.09% five years ago are 25 years or older. In looking at overall fleet age and then by U.S.-flagged versus foreign flagged , we can see slight changes in ages with those available today a bit older than those offered five years ago. Five years ago, the average age of all on the market through Marcon was 19 years, compared to 21 years one year ago and 20 years as of this report. Older U.S.-flagged vessels remain on the market, aging from 25 years in 2017 to 30 years in 2021 and decreasing to 28 now. Foreign flagged crew boats' age remained fairly steady at 15 years one and five years ago compared to 16 years today, but are still almost half the age of U.S. vessels. 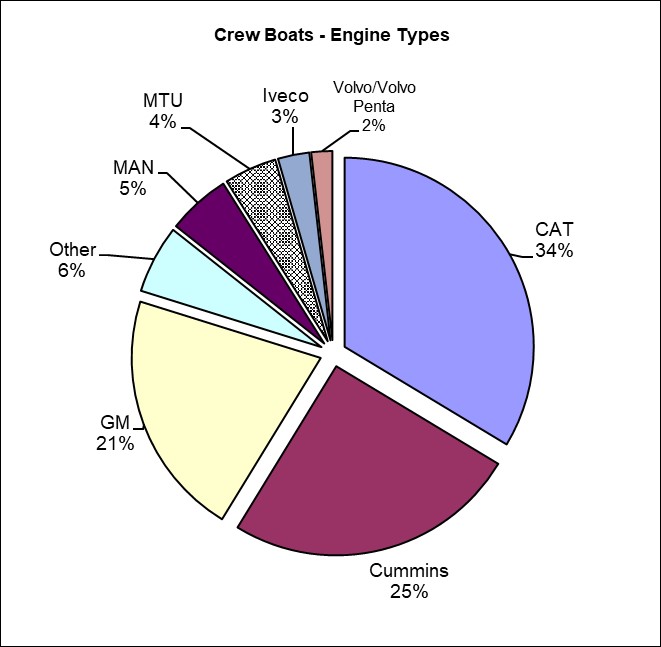 The pandemic severely stalled sales activity from the second quarter of 2020 through the end of 2021. In 2021, we completed ten sales, primarily under "best offer" conditions and one charter. The first quarter of 2022 has seen much more activity with eight sales completed and several others in process. In 2021, one sale was at sellers' asking price, while the remaining were heavily negotiated. To date in 2022, we have seen sellers' pricing adjusting to what the market is bearing for vessels of their age and condition or at just above scrap levels in order to get the vessel sold. Three months to date in 2022, five sales were US to US parties, one was US to Canadian buyer and two were between foreign parties into Africa and Europe. In 2021, five of our nine sales were US seller to US buyer, one was US seller to foreign buyer, one was foreign to US buyer and two were foreign to foreign sales. Vessels were sold into the Caribbean and Southeast Asia.


Overall, Marcon has seen the number of offshore support vessels listed for sale shrink over the past year and especially when compared to five years ago. Dealing with the past two years of the world in a global pandemic that shut down commerce and economies, vessel owners reacted in a number of different ways. Some shut down operations, selling or scrapping their fleets. Some took advantage of the opportunity to expand, adding to their fleets. Other owners laid up their fleets to just hold on until we could get to the other side of the pandemic. While others scrapped newbuilding plans, including shipyards building on spec. Coming out of fourth quarter 2021 and into first quarter 2022, we finally saw resumption of commerce, reopening of ports and reactivation of fleets, with a corresponding increase in enquiries for supply and crew vessels. We have heard and experienced ourselves that seller's price ideas have been higher than buyer's price ideas, as well as that vessels are often in rougher than normal condition due to lack of supplies, mariners and money the past two years. Recently, we have seen sellers increase asking prices between our initial and follow-up enquiries.

In our enquiries and in watching what is occurring around us, we have definitely seen an increase in vessels being sought out for wind and other non-oil programs. This seems to be gaining traction with the continuing war in Ukraine, which is said to be increasing the rate at which Europe will embrace clean energy.